View the same key in all languages (+5)

It would be great if we could review the same translation in multiple languages. Maybe not all of them at once, it would be enough to select the languages you want to see (for instance, English, Dutch and German). This could help translators and reviewers a lot!

Imagine a translator/reviewer that wants to translate/review the website to Dutch. The source is English, but we already have it translated to German. Since both are Germanic languages, it could be beneficial for the translator and reviewers to read both English and German texts when writing the Dutch version (for using the same terms, domain, etc.)

For this feature to be useful, I suppose it would be necessary to show the multi-translations in a new list view and in current translate/review detail pages (where the user actually translates). 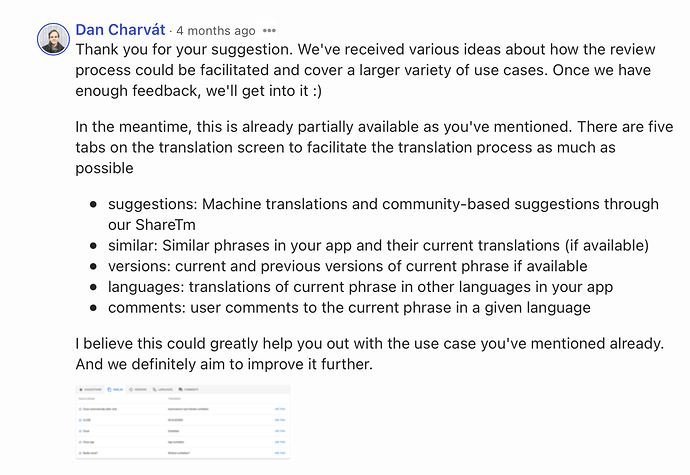