I have created a new project in the Free tier. I have added a JSON file with two phrases: “You are amongst the best.” and “You are amongst the worst.”.
Then I have translated the first one and approved the translation.
When I tried to translate the second phrase, there was no InTM suggestion for the TM match from the first phrase. Am I missing something? Is the TM match too low? 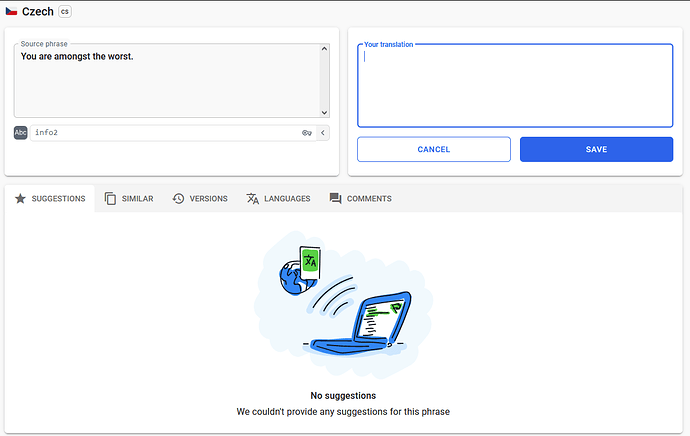 It’s not a bug. These phrases are in no way similar. Contrary, they are very different in the meaning. InTM and ShareTM is not suggestion engine nor machine translator - it should only provide translations that you can be certain about to some extent.